Cooling-based dehumidification is dehumidification based, you guessed it, on cooling the air down. When air is cooled below its dewpoint temperature, moisture will condense out of the air onto the nearest surface. The air has been dehumidified by the process of cooling and then condensation. The amount of moisture that can be removed depends on how cold the air can be cooled. The lower the temperature you can make the air, the more moisture that can be removed from the air and the drier the air will become. 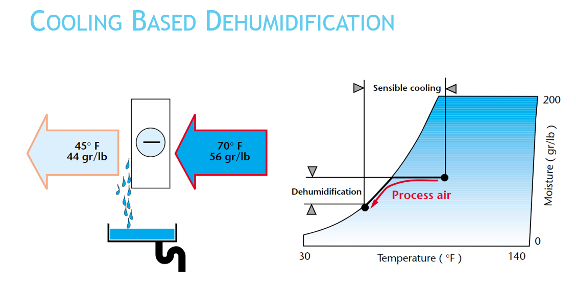 In the example above, we start with air at conditions 70°F and 50% relative humidity. When cooling the air from 70°F to 51°F, no moisture has been removed, but the air has become saturated, and the relative humidity is now 100%. If the air is cooled further, moisture will begin to condense out of the air. If we cool the air from 51°F to 45°F, we will remove 12 grains of moisture through condensation.

Cooling-based dehumidification systems can dehumidify air efficiently at higher temperatures that are at or above freezing. Special precautions are necessary when using cooling systems to dry air below a 40°F dewpoint to prevent the moisture that is being removed from the air stream from freezing to the coil surfaces.

At this point, the desiccant can no longer absorb moisture because there is no pressure difference between the desiccant surface and the surrounding air. The desiccant is now moved out of the air stream and then heated. Increasing the temperature of the desiccant increases its vapor pressure, which becomes much higher, and the desiccant is placed into a new airstream. 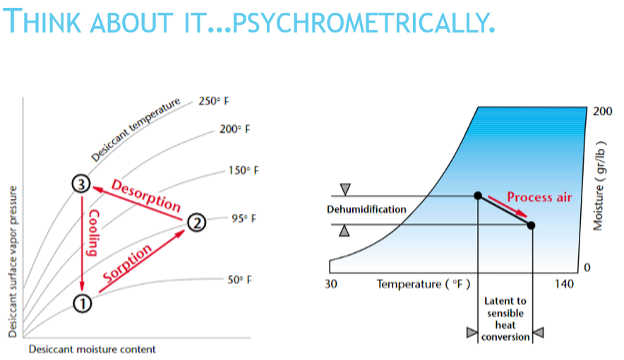 When moisture is removed from air, the reaction liberates heat. This is simply the reverse of evaporation; when water is evaporated, heat energy is consumed by the reaction. In cooling-based dehumidification, the heating effect of dehumidification is less apparent because the heat is removed immediately by the cooling coil. In a desiccant dehumidification system, the heat is transferred to the air and the desiccant, so the process air generally leaves the dehumidifier warmer than when it entered the desiccant unit. As moisture is removed from the air, its enthalpy stays constant, so its sensible temperature rises.

The temperature rise is directly proportional to the amount of moisture removed from the air – the drier the air leaves the dehumidifier, the warmer it will be.

Which Way to Go? 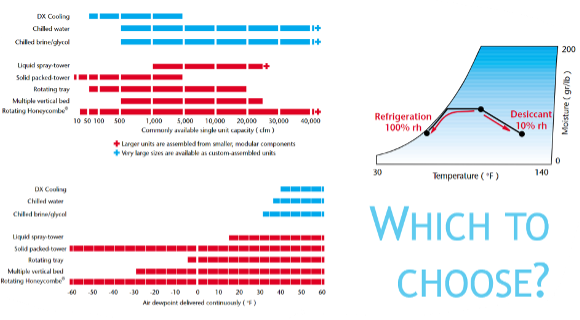 Figure 4. Cooling or Desiccant – Which will you choose? Image courtesy of Munters Corp.

Choosing between cooling and desiccant dehumidification is just like anything else in life – a little fuzzy, gray, and entirely dependent on the desires and the application.

In terms of airflow capacity in a single unit, cooling dehumidification is more capable than just about any desiccant technology other than perhaps the wheel desiccant.

Be sure to join us for Part Four in this series, in which we finally apply these technologies to drying applications!

Contact us for more information if you would like to know if dehumidification can work for your process or for any other drying, evaporation, and thermal heat treatment questions. 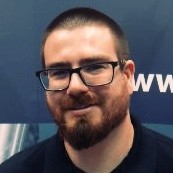 In addition, he leads a team of engineers and designers to assure efficient and timely delivery of process engineering, equipment, system changes, and optimization efforts to help our customers get the most out of their capital investments.